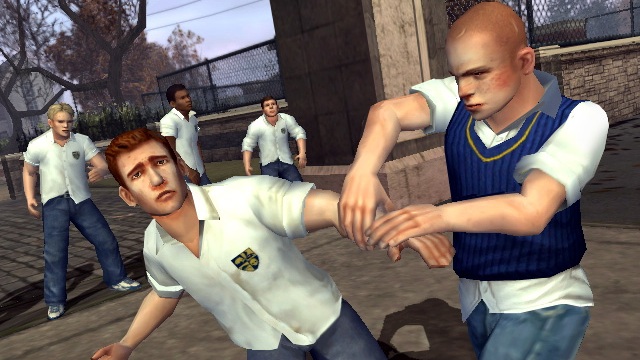 We had a lengthy discussion on this week’s Jumping the Shark about the next console generation and how Sony and Microsoft may use their next-gen hardware to clamp down the used game market by locking game purchases to specific consoles or user accounts. Don’t worry, this is not another diatribe over whether or not it’s okay for the used game market to exist. I’m on record as being fine with it. I don’t buy games used and I very rarely sell them back to a place like Gamestop, but I’ve no truck with the process. What I don’t particularly like, however, is just how brazenly the heavies in this industry are poking their fingers into my life and pocket book and justifying the action by insinuating I’m some sort of degenerate if I’d prefer to bargain hunt for the best value on my ever scarcer dollar.

These companies are waging a war with gamers right now and their weapons are $60 price points, season passes, day one DLC releases, mandatory online connections to play, etc. At the rate we’re going, to play games in 2028 you’ll have to have a publisher representative in the room with you while you play and you’ll be the one paying for his time.

EDIT: Per VRaptor117 in the comments section, this representative will henceforth be known as your friendly neighborhood In-house Fun-gineer.

Here’s the thing: When I’m not busy acting like a complete douche, I consider myself a decent enough bloke. (It’s okay. My grandmother is British so it’s only 70% phony for me to use their colloquialisms. Right, Matt?) I don’t steal my games, or my music, or my video. I pay for my books or get loaners from the library. Owing to this whole No High Scores project I do things I wouldn’t ordinarily do as a consumer, like buy games on release day and then buy day one DLC, because I feel obligated to write or talk here about whether or not said DLC feels like it’s supposed to be part of the game. The point is this: I do my part to support the work of the people making this stuff. So does the vast majority of other gamers. So as much as I am sympathetic to the need of developers and publishers to make money, I get really, really tired of these guys talking about their customers as if we’re the reason they’re not making enough of it to justify their obnoxious development and marketing budgets.

Hell, most of the time they’re devoting those sums to the types of games I couldn’t be less interested in anyway. Given that, the more they go out of their way to make the simple process of buying and playing their product a complete and total pain in the tookus, the more I don’t want to play their product at all. And, although it’s not here yet, the day is coming when I won’t.

I am, quite frankly, tired of being pushed around by this industry. I’m tired of characters in games sticking their hands out to me, in the game, telling me I should buy still more product to make the game I’ve already paid for better. I’m tired of paying for DLC and wondering the next time I load the game if I’ll still be able to pick up my save game should the publisher’s servers be down that day; because that never happens. I’m tired of seeing stories about how gamer X went in a forum and acted obnoxiously, only to have publisher Y disable access to games that person paid for and should be able to play offline. Now you’re telling me I’ve violated some sacred covenant because I want to lend my buddy my copy of Arkham Asylum so he can see if he likes it?

Here’s something the 37-year old me can say to a game maker, without a hint of reservation, that the 22-year old me would never have said: I don’t need to play your games. I love games. I’ve always loved games. But my life, and my ability to find contentment in it, is not tied to this business and that’s true of each and every gamer in existence, whether they know it or not. We do not need game publishers. We don’t need game developers. They need us. Maybe, just maybe, the loudest and whiniest among them should take a minute to consider that the next time they go off about how gamers are making it too hard for them to make gobs and gobs of money for their asshat shareholders.

What’s really interesting to me about all this, though, is that the more desperate these guys get to rake in every last possible cent to cover their outlandish budgets, the less interesting their games are getting. I played the first two Call of Duty games and had fun, but not even the move to a “modern” setting could interest me in playing another one, let alone the variety of me-too knock offs that come out every year trying to ape the formula. I don’t think it’s a coincidence that the games I’ve heard about the past few months that have got me the most excited -your FTLs, Banner Sagas, and Wasteland 2s- are smaller projects for which larger publishers couldn’t be bothered to give a second thought.

I have never been a big indie game guy, but that is where the spirit of not just innovation and variety, but also of basic fairness and balance, has gone. Michael Barnes wrote an excellent piece this week on how the best indie games today aren’t just retro affairs, but games that take the best of modern design sense and long-abandoned gameplay styles to produce something wholly unique. And guess what? They’re not charging $60 on one hand, while demanding constant access to your Internet connection with the other, and then holding back features for future DLC with some freakish third hand you didn’t even realize was there until it made a play for your pocket.

They don’t need to do these things because theirs is a much simpler equation: Put everything you’ve got into making something good, try your damndest to get people to notice, and, if you’re successful at both these things, make some money. It’s not an easy equation by any means, but it is a fair one, both for them and the people playing their games. And guess what? I’ve never spoken to an independent developer or someone working for a smaller dev outfit that wasn’t wholly appreciative of their customers. They have to be or they don’t stand a chance and they know it.

Publishers today make such big bets on their titles that they’re terrified of the uncertainty of a failure because any such failure could be catastrophic to the bottom line. I get that. But that’s the price you’re supposed to pay. Big reward is supposed to require big risk. But they want the big reward without the risk and instead of re-examining their flawed, budget-busting business models they’d rather rig the playing field under the deluded notion that the only obstacle between them and easily repeatable money-printing success are gamers who are getting too good of a deal off all their hard work. Talk about doubling-down on a terrible bet.

Now more than at any point in the last 30 years, gamers don’t have to play their games. There are plenty of other options and, if they keep trying to tighten their grip, they’re going to learn that lesson the hard way.