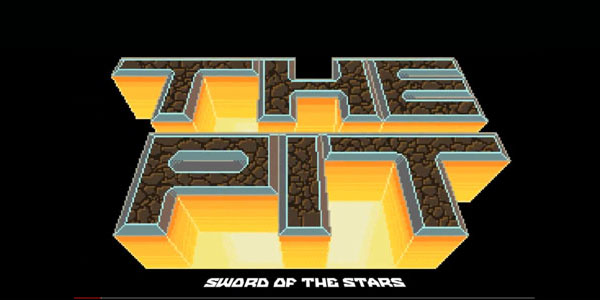 The other day, I was thinking “wow, I sure would like to play some kind of turn-based Roguelike…but with maybe a science fiction setting.” As if fate decreed, I got an email from thousandaire board game tycoon and AWOL NHS editor Bill Abner. It was a forward from the PR gentleman at Gamer’s Gate and on offer was a review code for their new $10 corker The Pit, from Kereberos Productions . It was exactly the game I wanted to play at exactly the right time. It reminded me of the time that I was dying to hear Soft Cell and I turned on a random stereo on display at a Best Buy literally right as the first notes of “Tainted Love” blared through the speakers.

Serendipity and synthpop aside, The Pit is a quite robust Roguelike with good production values (no ASCII here, folks) and a thicker-than-usual stack of RPG tropes. The game is set in the Sword of the Stars universe, which may have a little more resonance for those who have played some of those obviously much more expansive 4x strategy titles. The story pitch is that your character (Marine, Engineer, or Scout) is sent to fetch the cure for some kind of space plague from the titular Pit, a subterranean alien facility. But really, if you know this genre you should read that story setup as “wander dungeon, die, repeat”. Roguelike purists will be pleased to note that The Pit is brutally, unrepentantly difficult- but more on that shortly.

On your way to dying over and over again, you’ll pick up a variety of different melee and ranged weapons, armor, randomized positive/negative mods for your gear, foodstuffs, and other equipment. Hunger is an issue, so you’ve gotta eat, and there is a surprisingly detailed crafting component. You can cook up a steak sandwich or build a new weapon- provided you find the right facilities and they’re actually usable. Characters have a bank of upgradable skills, so the Marine excels at shooting and explosion-making, the Engineer at fixing things, and the Scout at getting into locked places. It’s a turn-based game, and having better skills often means getting into that ammo cabinet before a pack of alien rats bite your ass off.

Interestingly, the game really kind of feels like a shooter- the WASD controls certainly aid and abet that kind of atmosphere, but triaging targets per turn lends a more measured, tactical style of play. There’s a neat line-of-sight mechanic and you can shoot anything you can see. With an automatic weapon like an assault rifle, you can sight three targets and shoot all three with one press of the “F” key. Inevitably, you’re going to run out of shells, bullets, cartridges, charges, and other ordnance and you’ll have to go toe-to-toe. Mod up a sword and you might be alright for a little while.

With Roguelikes, there’s a fine three-way balance between being difficult and challenging, too random and unbalanced, or just patently unfair due to the random nature of the genre. The Pit saunters over all three lines at a whim, and as such the game can sometimes feel just plain cruel. You might play a Marine and spend a couple of level-ups improving your pistols skills…but never see pistol ammo for an entire game. The Engineer is worthless if you’re not encountering a lot of broken machines or crafting materials. Or you might just get completely screwed out of food and starve to death.

It’s very hard and really quite repetitive, which means replaying the first seven floors over and over again can get a little old. I believe there are 30 in the game, and it’s going to take a lot of pure luck to be able to get down that far whether you’ve got the skills or not. It’s always rewarding when you reflect on a death and see what you as the player did wrong, which choices caused the game to go pear-shaped. It’s not so rewarding when you just ran out of supplies or you never found a crafting bench. But there again, the survival horror-like tension of not having enough of anything in a very, very lethal environment is part of what makes this genre so great.

And The Pit is a very good example of this kind of game, particularly in a modern mode. It feels less impenetrable and more accessible than the classical Nethack/Angband/Slash’Em style games, and its retro sensibilities are more charming than the cruder presentations usually scene around the genre. There is an “easy” mode at least, so newcomers and cowards can ease into the eternal cycle of permadeath and restarts without too much friction. The character development and focus on utility skills gives the game a more dynamic feel beyond the usual equipment and stats based gameplay. So there are definitely differentiators beyond the baseline sci-fi setting.

We are, of course, talking about a $10 title and I think that it is priced exactly right. There’s a ton of fun to be had here and it definitely has the addictive “one more go” quality that you want to be there for this kind of thing. But over the course of my games- an awful lot of which were played that first night that I got it- I began to feel that I was in something resembling an abusive relationship. But it keeps telling me that it loves me, and sometimes I love it too.