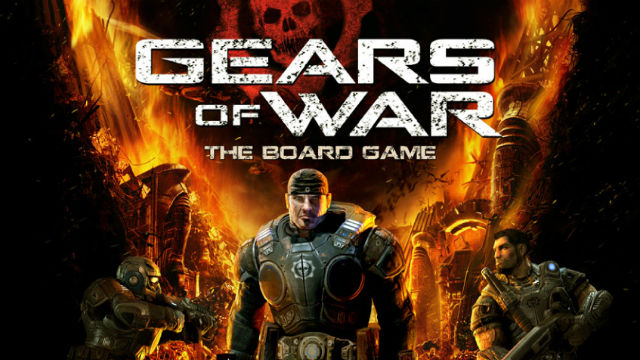 Welcome to Bolt Thrower, the gaming column that blows your head off. If you’re new to the format, here’s the deal: I link something I’ve written elsewhere and then pontificate a bit on what I’m playing right now that’s not in the review queue.

My link this time round is the first of a new series I’m doing for Gamerati. The column’s called Bytes and Pieces and it’s about dissecting tabletop versions of video game franchises. First under the knife is Gears of War: The Board Game.

It’s great title in spite of my well-known dislike of co-operative games. That’s partly because the setup feels right for a game that made its fame on the back of co-op online play. Indeed, feel is much of what makes the game special. The fast play feels right for a tactical shooter, as does the balance of excitement and strategy, and the weapons and enemies behave as you expect.

Ultimately it has moments where it fails. The biggest being the way pieces can move around irrespective of where enemy figures are on the map. These are so ludicrious that the suspension of disbelief collapses, although it quickly builds again. If you want more detail go read the article.

The big gaming news in my life right now is finally having gotten hold of a PS4. I’m loving my introduction to Sony’s gaming world. It seems so much softer, more flexible, more alluring than the hard black and green squares of Microsoft’s world. And the controller is lovely, aside from the symmetric joysticks. You can find me on PSN as mattthr.

The console came bundled with action RPGs Bloodborne and The Witcher 3. I dived straight into the former and, I have to say, I was a tiny bit disappointed.

Partially that’s because I’ve just come out of a long period of playing little but Dark Souls. I don’t think I was just mentally ready for yet more of that punishment. Especially when Bloodborne is built so you can’t grind through the early areas: you’re prevented from levelling up until you’ve met the first boss.

But even allowing for that, the mechanics felt over-familiar. Sure, you’ve now got a ranged weapon and the ability to make weapon mode switches. Sure, there’s no shield and a health-back mechanic that encourages aggressive play. However, it turns out that one key use of that firearm is to stun enemies mid-attack so you can counter. In reality, that plays a whole lot like raising a shield to block and counter in the Souls games.

The graphics were also a bit disappointing for a new console. It has the same poor ragdoll effects and animation glitches that plagued Souls. And I was surprised by how cluttered and busy the environments looked. Almost like the designers had decided to use all that extra graphics power just to pack as many polygons on the screen as they could, regardless of what they looked like. 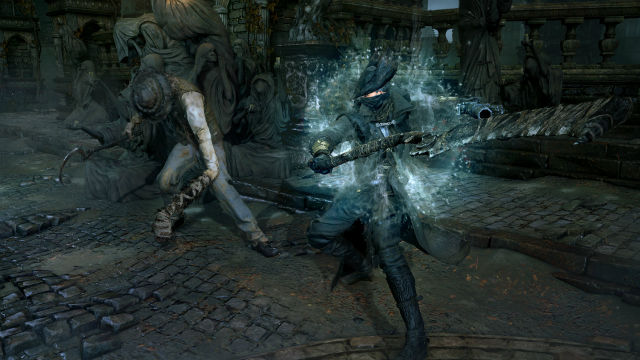 Contrast that to The Witcher 3 which looks absolutely gorgeous. It also has a sense about it like a designer finally got an open world game just right. There’s no fake balancing: if you wander into danger you’ll get a warning and the you’d better run or you’re dead. And a great combination of foot, transport and fast travel means there’s no wandering around for hours just for the sake of it.

The result is a real feeling of wonder and the itch for exploration. The world is rich and believable. It’s easy to follow the main quest if you want. And if you don’t, well, side-quests and mini games are plentiful and mostly short. And if even that’s too much stricture for you there’s a lot of fun to be had looking for bandit camps and monster nests and taking them out.

I’m playing on the second-hardest difficulty and it feels just right. To win battles, you need to scout an area and prepare well with the right potions, spells and equipment. Then make use of your move set and the terrain and good twitch skills. If you lose, you re-load and try again. Often several times. That’s frustrating enough to make it exciting without it feeling brutal.

Having spent so long playing Souls games I can’t help but contrast this approach with the unforgiving nature of their limited save system. The Witcher 3 feels so much more approachable. So much more … fun.

And yet, for all the frustration factor of failing battles in The Witcher, it doesn’t make me afraid. Souls and Bloodborne gave me moments of genuine buttock-clenching terror under the pressure of having to get things right, or lose an hour of progress. It’s a terror that felt right at home in Bloodborne’s beautifully realised horror theme. Those moments were unforgettable. The moments of pleasure that came from getting them right were even more so.

So I’ll be back to Bloodborne. But for now, contradictory though it sounds, The Witcher 3 is offering me a well-earned rest.