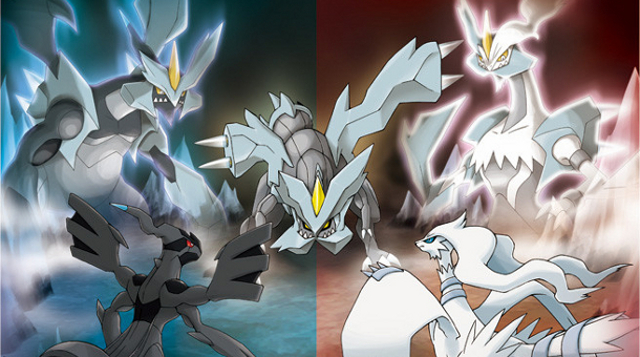 Pokemon Black/White 2 comes out on Sunday and while I will most likely pick it up, I fear that it will confirm something that I’ve known for quite some time now, namely that I don’t really give a crap about handheld gaming any more.

It’s a difficult realization to come to. Handheld gaming has been a big part of my life for years now, but over the past 18 months or so, things have shifted and I find myself less and less enthused about the hobby’s diminutive offerings. Pokemon Black/White 2 may end up being the last handheld game I ever buy. 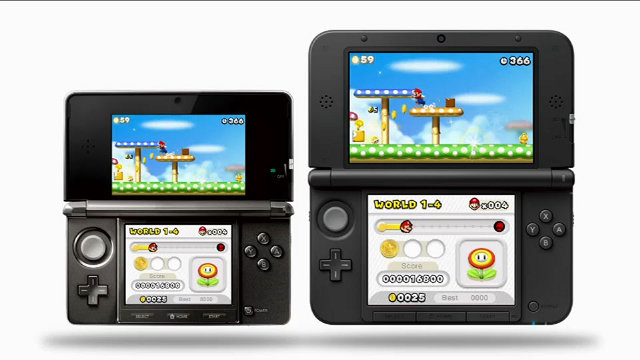 I’ve gone to two E3s now where I have been absolutely and completely unimpressed with the handheld offerings for the 3DS. The first E3 that showed off 3DS games displayed mostly remakes of existing N64 titles, with a smattering of new games that still haven’t seen the light of day. Luigi’s Mansion 2, I’m looking at you. Hell, this past E3, they didn’t even have a set place to see 3DS games. You had to flag down a Nintendo rep and play the 3DS attached to her belt. Let me tell you how much that’s not going to happen.

Sony’s booth fared much better when it came to presenting Vita games, but at the same time, did I see anything there that really made me get excited for the platform? Not really. Sure, Sly 4 looks cool, and the cross play feature is a nice sell, but nice enough to hold on to the unit, especially after Barnes put that bug in my ear about selling it? Probably not.

Sure, you can blame the iPad, my go to source for mobile gaming at the moment, but just like in any situation, if you point one finger at something, there are four fingers pointing back at you. Only in this case, the four fingers are pointing back at Sony and Nintendo. Yes, iPad games look better than the 3DS, but they’re not better than the Vita. Sure, they’re cheaper, but sometimes, wading through which games are actually cheaper and which ones are just cheap storefronts for in-app purchases makes the cost comparison moot. 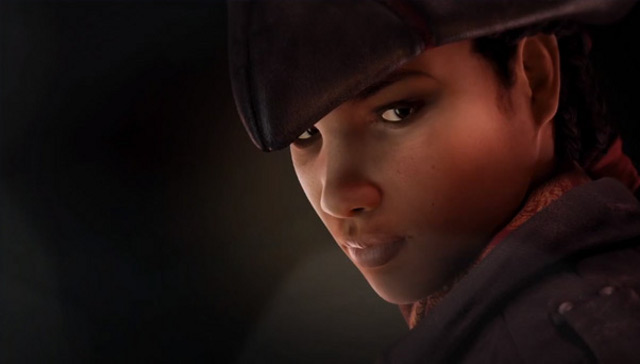 The reality is this: the latest and future offerings for both handheld systems interest me only barely. Pokemon Black/White 2 is a slam dunk, as is the new Professor Layton, but what beyond that? Assassins Creed: Liberation could be good, but good enough to pay $40 for? I doubt it. What beyond that? I read the list of upcoming games for both platforms and not only do I not see anything that strikes my fancy, but I’m not really bothered by the fact, something which speaks more to my state of mind than anything else.

There was a time where I would look forward to the upcoming handheld releases, planning out my time with the games so that I always had something to play. Nintendo and Sony both saw to making that impossible, with such a cruddy trickle of releases for both systems, and as a result, I stopped playing and stopped caring. Now, I couldn’t tell you when things are coming out and furthermore, I have on interest in looking. Hell, it took me by surprise that Pokemon Black/White 2 comes out on Sunday. 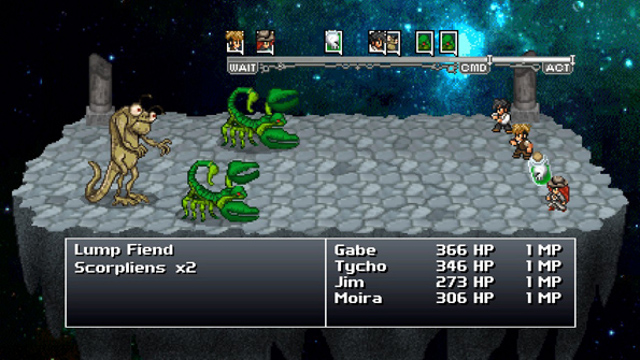 In the space vacated by Nintendo and Sony, I find myself playing games on my iPad, reading digital comics and, surprise of surprises, playing games on my PC. I don’t see the PC replacing my 3DS or Vita to the same degree that my iPad has, simply because of the portability factor, but more often these days, when I want something to play at night, I turn to Steam and the small collection of inexpensive, indie RPGs and adventure games I’ve amassed over the past few months. Hell, I’m seriously considering buying Torchlight 2, with the excessive heat generated by my laptop as the only limiting factor. $20 may be a lot for a game I’m not sure of (although I’m finding the demo to be delightful) but it’s half the price of games for the Vita or the 3DS and it’s on a platform that isn’t going anywhere.

It’s possible that things will change, but I would be surprised if they did. I think I’ve been away from traditional handhelds too long and as a result, I can no longer see the wisdom in paying $40 for something that isn’t that much better than games to be had at a fraction of the price. I’m still looking forward to revisiting Unova and playing the new Layton later in the fall, but these games may end up being the final notes of a song that’s been over a decade in the making. They look to be pretty good games to go out to, but at the same time, I can’t help but be a little sad. It’s been a long, great relationship. I just wish Sony and Nintendo had been as interested in keeping it going as I was. 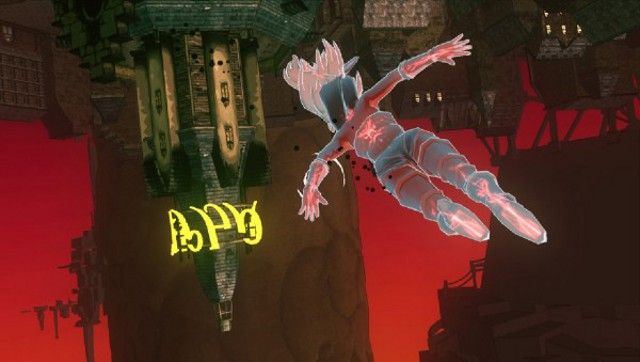 I wasn’t planning on picking up Gravity Rush, the first retail game for the PS Vita that isn’t a port, an extension of a franchise, or otherwise forgettable. It’s a game- and brand- designed from the ground up for the floundering platform. It leverages the handheld’s strengths while presenting a full “console” experience, as was promised by the Vita’s press copy. I tried the demo Monday night, I was at Gamestop Tuesday morning with a pile of trade-ins, and I left with a copy of the game.

Here’s the rub. This Gravity Rush, like Vita itself, is doomed. It is destined to be underplayed, under-noticed, and undersold. But also like the Vita, it’s not likely to be underappreciated by those who experience it because it’s a really, really damn good game for a really, really damn good platform. Sony’s continued mishandling of the Vita (the company apparently forgot about it at E3) is no more evident than in its failure to release Gravity Rush as the flagship launch title instead of a scaled down, watered down version of Uncharted.

Gravity Rush isn’t a mold-breaking, lightning-in-a-bottle title. It doesn’t create a new genre and its ambitions do not lie in telling a Bioshock-level story. But what is is, and where it innovates, is in bringing together modest ambitions to deliver a supremely solid, highly stylized game that has “cult smash” written all over it. This is a game very much in the old Sega Dreamcast mold, another possible Jet Set Radio. And then there’s that whole gravity shifting thing, which feels completely fresh, novel, and most importantly fun. If you’re whining about how all “they” make anymore is military shooters, here’s one for you.

It’s a superhero origin story game. It’s a surprisingly focused open world one. It’s an action brawler with an upgrade system. It’s a puzzle-platformer and there’s some stealth gameplay. It has that orb thing from Crackdown. And it’s wrapped up in a drop-dead gorgeous comics style that’s as much Marvel as it is Manga. The young protagonist would fit right in with the X-Men.

I’ve only played for about two hours but I love it. It’s dazzled me, it’s delighted me in that short time. Not many games these days do that since so many focus on the Blockbuster Moment, this-world-is-shit angst, or boo-ya murder fantasy. There was one point last night where I was trying to collect these gems and I was floating in zero-G free fall and I was twisting and turning to see them, using the Vita’s gyroscope. I was on my couch with the Vita over my head, eyes toward the ceiling. It was immersive, and the control was dead on so the illusion wasn’t broken by implementation. It’s been done before in other IOS and 3DS games, but nowhere has it been more effective. The thrill of empowerment when you use the gravity ability to walk up walls or fall into the sky is awesome. 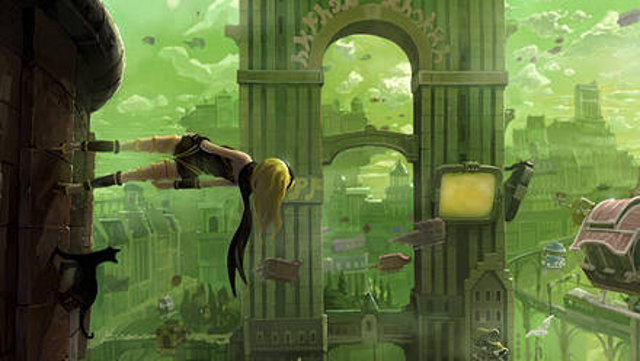 But it’s not the same sense of badass power that the Arkham games give you. It’s more like you’re a kid, like Peter Parker, discovering your abilities and how to use them. The first hour of the game is clumsy and awkward. You blow off out-of-bounds often. You fall. You get disoriented. You crash into statues and miss kicks. It makes sense because you’re learning. Some critics have already complained about these elements, of course. They’re missing the point.

I’ve still got 10 to 12 hours to go with the game by accounts. I almost want to stop playing it now in case it becomes repetitive, boring, or loses focus in sidequests during the middle game. Right now, I feel like I’ve played a truly new game and not just for the Vita. Refreshing, joyful, and passionately made games are rare these days and I almost don’t want to spoil it.

A zillion people will play some puzzle-platformer designed by an arrogant ass that claims that Japanese design is dead. But the number of people that will ever get to play Gravity Rush is likely exponentially smaller due its appearance- and in fact, its dependence- on a poorly adopted platform. It doesn’t help that it’s a product marketed by a company that is clueless as to how to sell it or to make consumer want it. Is it worth buying a Vita for Gravity Rush? Hell no. But if you have one (or access to one), this game is as good an argument for the underachieving handheld as anything else. The tragedy is that it may turn out to be one of the best games of the year on any platform.