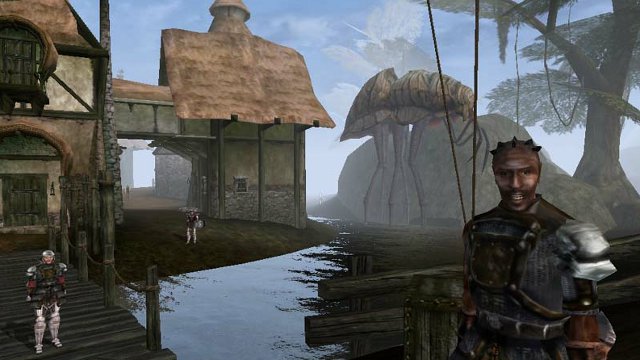 Last weekend, I had the enormous pleasure of gathering up all my old Xbox stuff and passing it on to a friend for his children to enjoy. Pulling my old games off the shelf, I encountered Morrowind and quite suddenly was struck by what an enormous waste the game represented. A fantastically detailed, living, breathing fantasy world over which you could walk or fly in its entirety, exploring to your hearts content. And yet, in spite of running several characters over many hours of play, I never finished it because the game was fundamentally flawed.

Some of those flaws are well documented. The character building system was fatally undermined by the ease with which you could build super-powerful characters, and by the way it sidelined mages. A senseless economic system that forced players to either beggar themselves or utilise built-in Easter Eggs. But those, surely, should be nothing more than a minor annoyances in a game that’s defined largely by its immense scope and story. As I stood there gazing down at the box it occurred to me that the game was in fact simply crushed under the weight of its own ambition.

Morrowind sold itself on creating a realistically immersive fantasy world, and invested immense time and effort to that end. Every square inch of the island was mapped, every inhabitant named and given a home, different people in different places had fates that would intertwine in unusual and evocative ways. I cannot begin to imagine how on earth all that detail was authored and programmed and managed before making it into the game. But the illusion which all that detail was supposed to maintain was constantly shattered at fundamental levels. When you talked to all those individually named people, they just repeated things from a tiny stock of phrases related to their location and allegiances. Many of them never left their homes, or never went in them. No-one ever went to bed. When you were on a quest, the quest giver would wait in perpetuity for you to complete the task. Worse, you could often completely undermine the quest and still complete it. Wherever you went, whatever you did, you were constantly reminded that you were just playing a game in a computer generated world, with all the limitations that implies. 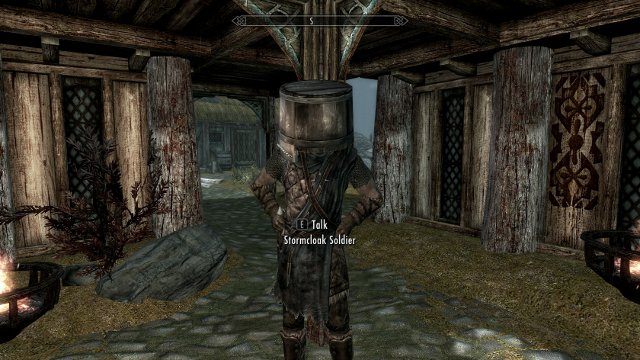 Skyrim was supposed to change all that with its radiant story technology, but it largely failed to live up to its promises. What was supposed to happen was that characters in the game world would react to your actions and reputations in a more realistic manner. What actually happened is that the game engine tied itself in knots over trying to understand your intentions, exemplified by the lovely anecdote from one player about the time he accidentally stole a book, put it straight back on the shelves, and then spent several hours fighting off hired thugs that the bookstore owner kept sending after him to recover the book. And radiant stories could do nothing about the fundamental unrealities that still riddled your interactions with the game environment, such as the now infamous exploit where you could put a bucket over someone’s head and they would stand quietly while you looted their house or shop. Simply put, modern technology has never been, and is still not, anywhere close to the level where it can mimic a vaguely realistic web of human interactions on the level that Bethesda keep attempting and as a result the central conceit of the Elder Scroll series has always been, and for the foreseeable future will continue to be, false.

The same is true of the wealth of side quests in the game series. One of the key reasons I never progressed very far in Morrowind is that I spent inordinate amounts of time wandering off the beaten track and fulfilling tediously boilerplate side quests for petty rewards. The game sold itself on the number of these sorts of things on offer, but the reality was that they felt rushed, being badly scripted and badly balanced and usually adding nothing to the wider narrative of the game.

The point I’m driving at here is that when it comes to game design, all too often less is actually more. Contrast the Elder Scroll series with, say the Fable games. The Fable designs failed in equally fundamental ways being generally too easy and having certain powers and abilities that were far more useful than others, resulting in stereotypical figher/wizard character builds but in their limited scope they succeeded far more than the Elder Scrolls games in creating believable, entertaining fantasy worlds. They were incredibly shallow worlds, of course, but in a curious way the fact that you were literally unable to poke them and find out they were only skin deep stops you from noticing or caring about that fact. By contrast, the attempt in the Elder Scrolls games to make them seem believable when computer technology is still so far short of that capability just leaves them looking ridiculous. If all the effort that had been put into radiant stories and side quests had simply been put into plot, imagination and characters instead, the result would have been a more believable, immersive and simply better game. 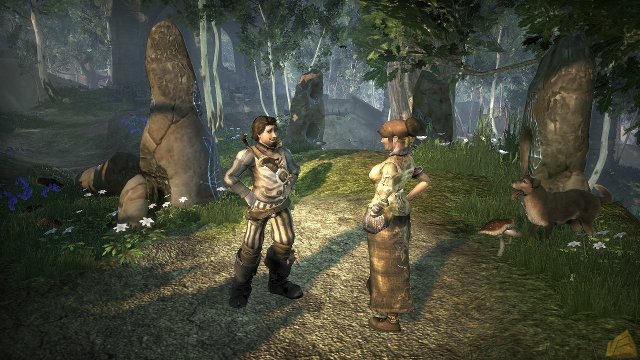 This doesn’t undermine the validity of sandbox games though. It’s simply that there’s very little point in trying make a sandbox game realistic: instead the value is in making it as reactive and as explorable as possible, a lesson that Rockstar seems to have learned but Bethesda has not. The Grand Theft Auto games have always been fundamentally daft, and very little effort was made to make them seem otherwise. The result was that designers were able to leverage that stupidity to make their task easier, such as the closing off of central bridges for long periods of time in order to draw out the thrill of discovery, while the player was still largely free to explore and destroy things to his hearts’ content, which is basically the essence of a sandbox game.

One possible solution to this problem is simply to limit the scope of the sandbox. Limiting the scope means less to model, which in turn means less to go off the rails and end up looking ludicrous. This seems such an obvious fix that I’m amazed it hasn’t been tried more often. One game that does fit this model is Dead Rising, which I’ve never played but when I read about it, I was struck forcibly by how limiting the action to closed shopping mall filled with mindless zombies and only a very limited human cast inherently overcame many of the problems with realism in a sandbox world. It sounds as though the failings in the game had very little to do with its environment and I’d be interested to know if there are any other extant or planned examples of this approach. And again, it’s worth repeating that it’s yet another example in which a game is actually made better by putting less content in it and tightening the focus on what matters.

I can’t resist closing this column by contrasting the problems that video games have in creating a believable setting and atmosphere with board games. Oddly this is because board games are a less immersive and immediate environment. A video game occupies all your attention and makes you feel like you’re right there in the world that it’s creating, so even small anomalies can destroy the suspension of disbelief. In a board game most of the work in terms of setting and narrative is done by the imagination of the players and as long as you’re engaged with the game and enjoying it, that imagination will fill in all the blanks for you as you go along. Perhaps that is ultimately the reason why less is more when it comes to content in video games too. If so, then it’d do everyone good to avoid games like Skyrim in favour of more crudely drawn, but ultimately more thrilling fare.