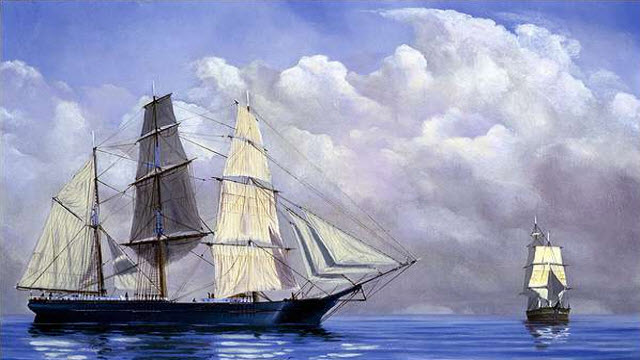 In case you haven’t noticed, there really hasn’t been Jacqueline frackin’ poo-poo coming out in terms of console games lately. It’s almost like we’ve reached that stage where all that releases for the major platforms are movie tie-ins and half-hearted sequels that are too early for the next-gen boat. But we’re still a year or more out from the Xbox 720 Netflix Player, which will have a credit card reader attached for you to pay for every bullet you fire in Call of Duty, and the PS4, which will debut at a thousand dollars retail with a new Crash Bandicoot game designed to really show off that hardware. To quote Belgian EBM masters Front 242, we’re in the doldrums.

Sure, there’s a load of stuff coming later this year. Are you read for some football? Of course you are. There’s Borderlands 2: Bride of Borderlands, Call of Duty 7: Black Ops 2: Son of Black Ops., and Assassin’s Creed 3: Exio versus Frankenstein.  Do I want to play these? Sure. With a shrug, because there’s not much else shakin’. Maybe Dishonored. I hope it’s good. The only things I’m unapologetically excited for are Platinum’s Metal Gear brawler and Bioshock Infinite. And Anarchy Reigns, if it ever releases in the US.

Maybe it’s just my own ennui talking, but it seems like we’re hitting a wall, scraping the bottom of the barrel. Stop me if I’m wrong, but was anyone genuinely excited about Max Payne 3? Or the new Ghost Recon game, which I liked but almost completely lost interest in less than halfway through its duration? It’s as if The Witcher 2 Enhanced Edition appeared and made everything else seem terrible by comparison. I’ve come to really love Dragon’s Dogma, but it still feels like it’s in the shadow of CD Projekt Red’s masterpiece.  Looking over at my Forever Shelf, those are the only two 2012 releases I still own.

It’s almost like console games are done, stick a fork in ‘em.  But maybe that’s just me. One thing’s for sure, we’ve gone for months now without an “event” release. You know, The Game Everybody is Playing. What was the last one, Mass Effect 3? Lately, it seems like every release has been The Game Everyone Is Waiting to Go On the  Steam Sale. I’m actually relieved that I’m not professionally obliged to review any of the current trickle of tripe.

Oddly, I’m finding myself retreating into areas of video gaming that are pretty foreign to me. I’ve been playing- get ready for this- JRPGs.  Yeah. Even Final Fantasy XIII, which far more innovative than you’d expect and not nearly as bad as some have made it out to be. I’ve been poking around with Persona 3 Portable, Crimson Gem Saga, Yggra Union, and Xenogears.  Classic SRPGs like Final Fantasy Tactics and Front Mission 3. Even more marginal but potentially interesting titles like Resonance of Fate and Star Ocean: The Last Hope have my attention. I thought I had sworn off any game with random encounters and text windows with deet-deet-deet typed out dialogue. I thought that the story about the kid waking up in some backwater fantasy town with amnesia was over for me.  But now, I’m finding this genre terrible and terribly comforting in an age where console gaming is apparently in a steady decline, about to crash on a rock called Ouya in a ship commandeered by clueless game company execs.

Playing these old, frankly quite obsolete games is refreshing. There’s no hype, no marketing, no additional purchases required.  No online drama. No crybabies whining for endings to change and signing petitions. Just slow, meticulous pacing in an handcrafted world with completely unique rules and systems between each game,  occasional extraordinary art direction given the technical limitations, and the comfort of numbers popping out of pixelated monsters in camouflaged spreadsheet combat.  I’m relishing in the almost unfathomable depth and promise of tens of hours of play at the outset.  It’s totally reactionary to the video game design paradigm circa 2012, I know this. 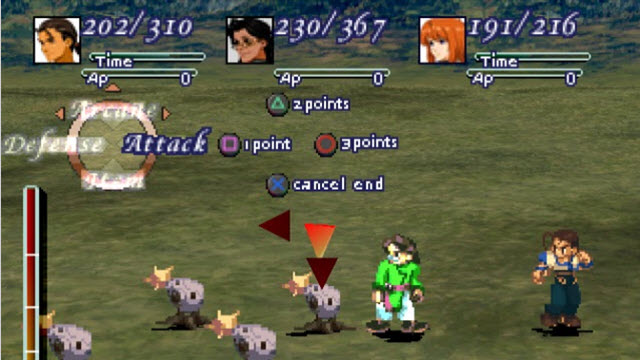 These games- even some of the most recent ones- are reminding me of some of the qualities that are being lost in the march toward DLC everything and the decline of the Japanese games industry. Qualities that I cherished, took for granted, and now miss. I miss the weird esotericism of games, the idiosyncrasies of design and interface that have been refined out of existence. I miss the sense of craft and world building that games like Xenogears accomplished with simple not-Hollywood-at-all writing, ancient graphics, and memorable music. There was a handcrafted look and feel to some of those games that you just don’t see anymore when they’re stamped out of the Unreal Engine 3 master mold.

It’s also ironic in a way, diving into this very niche genre to escape the mainstream stagnation as we approach the terminal state of this console generation. There was a time when JRPGs were a major draw. But these days, they’re like bullet hell shooters. A very specific, very rigid, and very formal kind of genre that just isn’t as approachable to Joe Console as linear third-person adventures, golden ledge platformers, multiplayer shooters, or directionless sandbox games are. Hard, opaque, detailed…all traits I’m more interested in than polished, expensive, and accessible right now.

There’s also the fact that I am increasingly disinterested in the direction that console games are heading in the next generation- the Casual Games Armageddon was greatly exaggerated, the problem is the sales models and marketing schemes that we’re about to be subjected to. As many industry folks have said, this longer than usual console cycle is at the stage where it’s squashing innovation and as profits tumble, the idiots in charge are looking for ways to monetize the garbage they’re already making. Instead of getting back to the notion of providing quality games, value for the money, and creating consumer loyalty.

I never thought I’d find a way out of these doldrums in JRPGs, let alone a Final Fantasy title. But there it is, and I find myself wondering if I’ll bother to pick up any of the Fall AAA releases, knowing full well that if I wait until Christmas I’ll be able to practically buy them two or even three for the price of one on launch day. But by that time, when the breeze picks up, I might be lost in a Ys game.