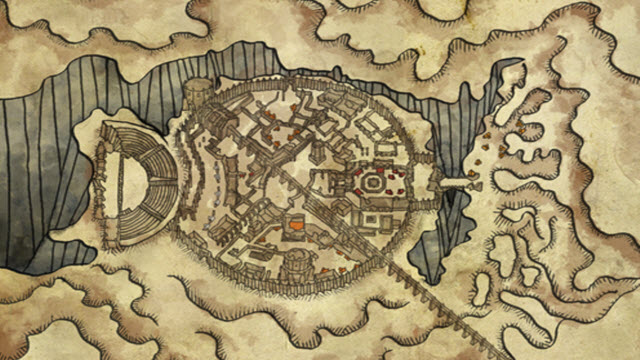 Witcher 2 Week finally comes to close in my last installment of “Five Great Things about the Witcher 2”. What an empty, lonely world it is post-Witcher2. I’m slowly adjusting to life without Geralt and the gang, but it’s tough. It’s the kind of game that makes everything else seem like crap in comparison, and even though I’ve still got the entire Roche end of the game to play, Geralt and I do need to spend some time apart. I’m still exhausted by Act III, and the game as a whole. I played it for a month straight, for who knows how many hours. I didn’t count, and neither did the game.

The Witcher 2 is one of my favorite games of all time. I loved this game like I did few others, completely losing myself in its stories, gameplay, and setting. It is, quite possibly, the best RPG I’ve ever played and I prefer it over hoary classics like Baldur’s Gate, Planescape: Torment, and anything Bethesda has ever made. I’m relieved that’s it’s over, but I miss being so involved in such a great game- and one that bucks so many trends in games design and in the industry today. 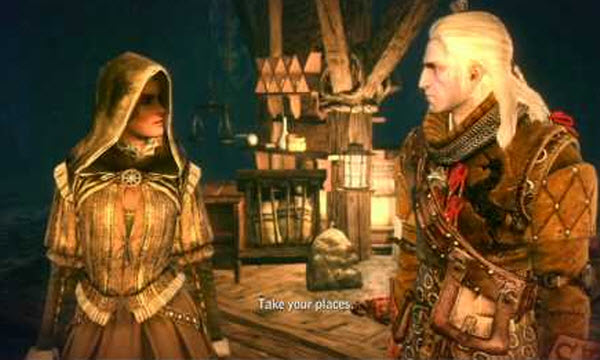 1) The Secrets of Loc Muinne. This is a quest exclusive to the Enhanced Edition, and I believe it’s only available in the Iorveth branch. Which is something of a shame because it’s one of the best quests I have ever seen in a video roleplaying game. Through a compelling series of events and decisions, Geralt winds up doing a little dungeoncrawl with (or without) a group of Nilfgaardian-affiliated scholars including a character from Act II that turns out to be something of a double agent. In the quest, Geralt and this team plunder the laboratories of a fabled alchemist beneath the ruins of Loc Muinne. Pretty typical fare, really. But what distinguishes it from hundreds and thousands of other sidequests is that it’s thoughtfully written, excellently paced, and it features an absolutely amazing puzzle and a fascinating conversation with a Golem that can end in violence…or another possible outcome.

As if reasoning with a Golem weren’t awesome enough, the central puzzle blew me away. There’s a couple of guardian doors that ask Sphinx-like riddles and one involves a series of frescoes in one of the laboratory chambers. It’s incredibly cryptic (which is played for a great joke following an easier riddle before it), and Geralt can ask the attendant scholars for advice. They each issue forth with different interpretations of the riddle and the metaphoric and allegoric meanings of each of the frescoes. Three of the frescoes indicate the correct answer, and if you fail the chamber drops some gargoyles on you- more of a nuisance than a deathtrap.

The genius of this puzzle is in how it invites you to ask for the advice of learned academicians, completely misleads you with supposedly informed opinions, causes you to second guess every assumption, and makes you feel really dumb. DO NOT get the solution online, or you’ll miss the brilliant- and subtle punchline of the solution. After about an hour of messing around, I finally just went with the first guess I had before these people confused me and I was right. It may not have been intentional satire on common wisdom and Ivory Tower academe, but it was for me. 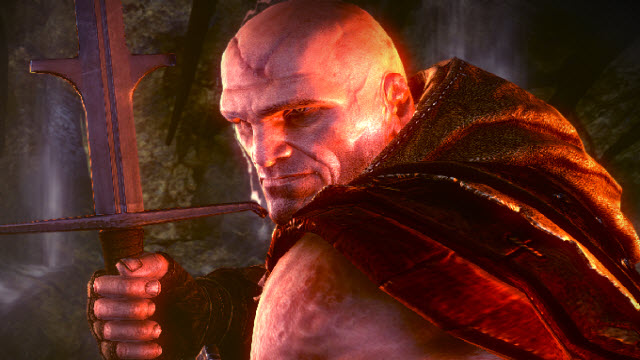 2) The outcome with Letho. One of the most brilliant things in a game full of brilliant things is that the character presented from the opening cinematic as the main antagonist may not even be an antagonist at all. It’s really kind of up to you, the player, as to how you want to interpret Letho, the Kingslayer as well as his motives, affiliations, and history with Geralt. Is he really a a “bad guy”? Is there even such a thing as “bad guy” in this game?

Much like Iorveth, I found Letho more fascinating than antagonistic, and in the end I let him go. I didn’t see any reason why Geralt would fight him. I didn’t see where Geralt really had that much fealty to Foltest or authority in general beyond an alliance of convenience. And I felt that if anything, Geralt would sympathize more with another Witcher in political matters.

So instead of a blow-out final battle, I had a drink of vodka and a revelatory conversation with the “bad guy” of the whole game. He offered to fight it out, almost out of obligation, but after so much fighting and political upheaval it wouldn’t have resolved anything or changed outcomes even if I didn’t empathize with him. And Witcher’s work would remain Witcher’s work. 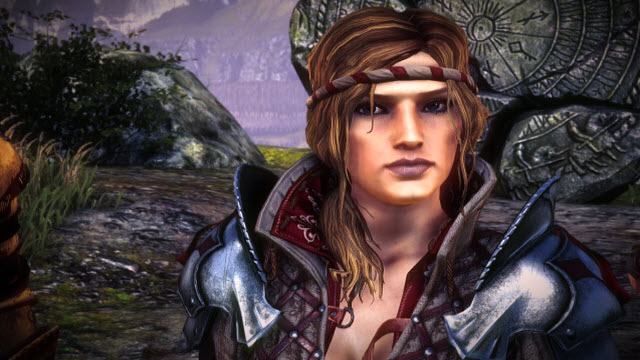 3) The tragedy of Saskia. I sided with Saskia at Vergen, protected her secret, and supported her drive to unite the Pontar Valley. Yet in the end, I didn’t make the right choices elsewhere to save her from the sorceress’ control. So I had fight- and kill her. It wasn’t a heroic moment at all. It was sad, tragic, and really kind of shocking.

The fight was actually really well done, even though I almost threw the controller through the screen. But then I stepped back and realized that I was trying to fight it out like a hack n’ slash game. I took stock of what I had in terms of equipment, thought about tactics, spent a couple of Talent points, and after ten or so tries I worked out what to do. This is how boss fights should be- impossible at first, but encouraging you through failure to find out what works.

It was a “hell yes” moment at first, when I got to the QTE portion of the fight. But then, the impalement. And I’m sitting there with this dragon mortally wounded with a decision. But it’s not just a decision to kill a dragon, it’s a decision to kill a person who may be the region’s best hope at unity and maybe even peace. I felt at once responsible since as a game player I knew that I could have done something differently so there was regret, but there was also a sense of inevitability and defeat. I chose to kill her, just as any Ranger would end the suffering of a wounded animal out of respect and to preserve the dignity of nature.

There was a beat where Geralt touches her head, almost as an apology. It was moving, honest, and emotionally brutal. It’s the way it has to be, at least at that point. I don’t think I’ve ever felt so bad about killing a dragon. But that tragedy provided such a tremendous emotional heft to the conclusion of Saskia’s story, and I can’t wait to see what the ramifications are in the third game of her death. 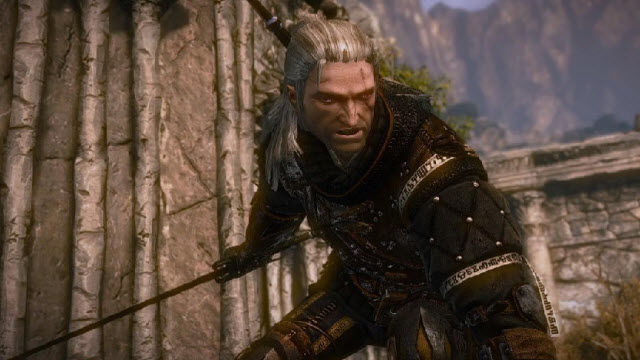 4) Combat skills tested to the max. The fight with Saskia was tough, but getting there was even tougher. I liked that the last act seriously tested my fighting skills in the game and not in a cheap, millions of bad guys way. You go up against some tough opponents and in difficult situations in Act III and there are some quite frustrating battles. But there again, preparation, tactics, and using ALL of Geralt’s abilities can win the day.

Along with a little cheating. I don’t like it when games have tough fights that fall apart when figure out how to glitch your way through. There was one fight in Act III where there’s a cinematic that ends with a battle. I realized that in the last part of the dialogue I could actually move by looking at the minimap. So by the time the characters were done jabbering, I was in a narrow dead-end hallway. Guys ran in, I popped them with a couple of Yrdens, put Quen on, and just defended. Their mage came in the hall and hosed them down with Igni since they were in the way.

It was cheap, but hey. I walked out of the courtyard and they didn’t. But I think that was the only time in the entire game where I figured out something sleazy like that. In all, the combat isn’t as exhausting, taxing, or visceral as Dark Souls- but it’s a happy medium between that kind of fighting and something more accessibly hack and slashy.

I’ll have to put in some time in the combat arena to atone for my sins. 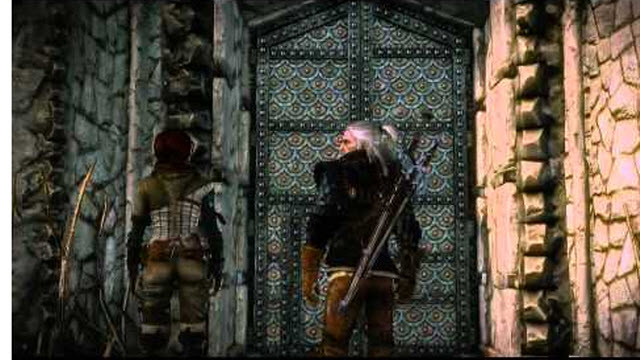 5) It didn’t outstay its welcome. Act III, pleasingly, held up to the high standards of the first two parts of the game and gracefully ended without outstaying its welcome or bogging down in endgame padding. I had heard some complaints that the third act felt a little thin compared to the others, but I think it worked just fine as a wrap-up to the storylines from the first to portions of the game. Even the arm wrestling subplot ended nicely.

Too many RPGs sort of fall apart in the end game, devolving into endless, grinding battles. Or fatigue sets in after so many hours of play, lessening the impact of the drama and creating a sense that the horse race to the end is as much of an endurance test as it is a sprint. Just as I was starting to feel some Witcher fatigue, thinking “I’m about ready for this to be over”, it was over. Just in time.

I actually didn’t finish all of the sidequests. There were a few that I couldn’t do, including one that required me to find a Bullvore brain but I had already passed all of the areas where there were Bullvores. I didn’t complete the Gargoyle quest because I was completely stumped by the puzzles and I never did find one of them. I figured I’d catch up with it later- it was more important to me that I strike while the proverbial iron was hot and finish the game before I got into that fatigue state.

But then there’s that post-credits epilogue…those dirty Nilfgaardian bastards. If ever there were a day one purchase for me, it’s Witcher 3. Along with anything else these people put out from this point forward.