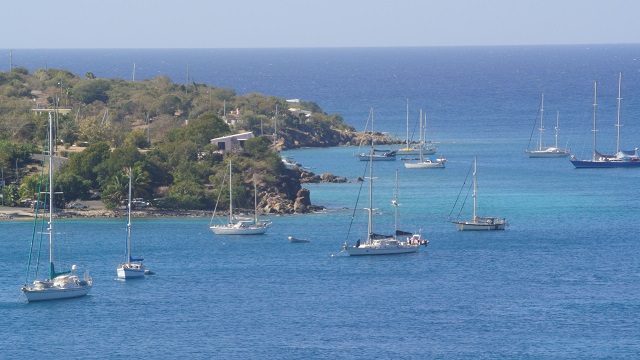 So, first thing’s first. Cruises are aces. My Special Lady –she hates that descriptor, by the way, so no one tell her I wrote that– and I hit up Royal Caribbean’s Oasis of the Seas (6k passengers, 2k crew) for a trip through the East Caribbean and could not possibly have had a better time. And that despite a 10 hour layover in an overcrowded terminal in Ft. Lauderdale when coming home. (Seriously, fix your f***ing airport.)

If you’re the type that likes quick hitters and a more guided experience over going off on your own to explore every nook and cranny of a destination, then getting on a big floating hotel is where it’s at. It also helps if you can happily lose hours of your life just standing on a deck, drink in your hand and wind in your face, overlooking the water. Also, important safety tip, plan an alcohol budget and, if the price fits, pre-purchase a package. We were gifted a 5-bottle wine package that we used just for dinners and, even had we paid it ourselves, it would have been well worth the money. We did not, on the other hand, drink nearly enough for the premium alcoholic package to have been worth it.

So – gaming. Since there’s been so little (read: nothing) that I’ve been interested in taking deep dives into for quite some time, I’ve decided to just collect some random notes throughout the week that I can then group up, comment on, and post on what’s traditionally been our quietest posting day of the week. This edition is helped out by the fact that there’s actually been happenings this past week…

Hey, I’m excited by the prospect of a new Thief game, and this looks promising given that Square and Eidos Interactive did a credible job putting out Deus Ex, but the way the news proliferated from the gaming media was nothing short of a giant circle jerk that probably did just as much to fluff Game Informer as promote Square’s project. They did successfully make themselves part of the story, so bravo… I guess. Doesn’t mean I’m particularly impressed that they can solicit a promo video from Square and then slather their logo all over it as if it was anything more than joint advertising. 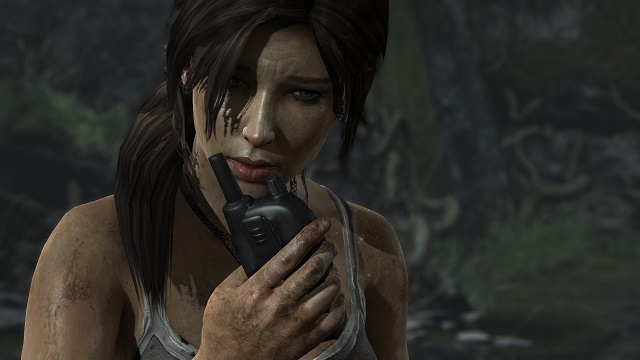 2. I’m playing Tomb Raider. I dig it so far. The usual caveats apply as I’ve only got about four hours or so with it, but in terms of telling a new Lara Croft origin story, it’s delivering on what it promised. Regardless of that, though, what I really like is that it cost me a scant $35. The cost of a game has nothing to do with how good it is, of course. We’ve covered this ground before. But, for me, I’m happy to take a flyer on a AAA game, one with a glowing critical reception, when I’m not paying through the nose to do so. I’ll grant you, I only got that price because Gamefly offered a pre-order deal at the same time there was a 10% off discount code available, but as a general note to publishers everywhere, if you want to incentivize me to pre-order, give up on the useless in-game items (crap) and tell me you appreciate my faith in your project by knocking $10 off the price. Sure, you’re getting less for my wallet, but it’s not nothing, which is what EA got from me last week. Which brings us to…

3. Tomb Raider stands in stark contrast to EA’s release of SimCity. I blame EA for this. They took a project that looks extraordinarily promising and forced it into box (virtually-speaking) that is in no way appropriate for it. Forcing players to have constantly active Internet connections? Players, days after release, encountering wait queues up to 30 minutes or more to play a SimCity game? (It doesn’t matter if it’s a temporary issue. That it can be an issue at all for a game that forces you online is enough.) Features being disabled to try and get people online when I don’t want to play online to begin with (and never wanted to)? Charging $60 for the privilege of doing so? Without even talking about what’s right or wrong about the game itself, I am completely and totally disincentivized from playing a game I was genuinely excited to play. EA, the problem with SimCity isn’t the servers, it’s that I have to be on your servers at all to play it. That’s what you should be learning from this experience and that’s what you should be apologizing to consumers about.

4. As I type this, Richard Garriott is in the midst of announcing his new Kickstarter-backed project, Shroud of the Avatar. He’s billing it as this weird MMO meets single-player RPG hybrid that I admit I don’t fully understand, even claiming at one point that it’s not an MMO. I’ve watched the Kickstarter video and it sure has hell walks and quacks like an MMO to me, despite all the talk of great single-player experience and story and some mention of being able to play offline. I’ve seen these claims before. Many times. It’s long been the Holy Grail of online RPG-dom and I no longer believe it actually exists. Maybe, maybe, maybe as we see more about it, my interest will grow (and I will keep tabs on it), but right now there aren’t nearly enough details for me to believe in this project, let along throw money at.

It doesn’t help that the interview format they used to announce the game is 80% Lord British fluff fest. Now, Garriott influenced me more, as a gamer, than any other name in the industry, but it’s been over 20 years since he last released a product that genuinely meant something to me (Serpent Isle). You’re not selling me on your ideas for the future when you spend far more time patting yourself on the back for what you’ve done in the past. Maybe he’ll finally recapture the magic he used to have. I hope that he does. But he’s officially in Show Me territory now, which is a much lesser tier of anticipation than I have for projects like Wasteland 2, Torment, and Project Eternity.

5. This weekend I travel to Columbus for AbnerCon(tm). I am looking forward to an entire weekend of boardgames in which Bill does not win a thing. It’s tradition.