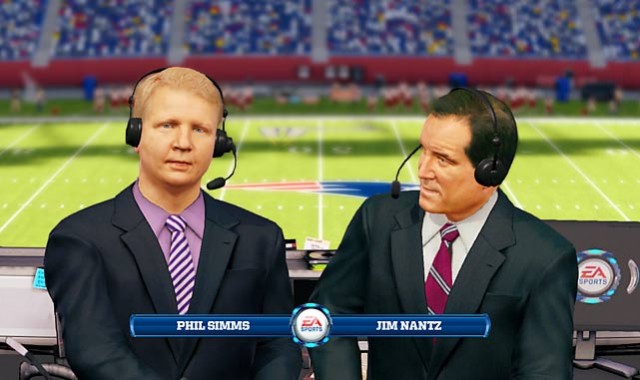 I have had a retail copy of Madden 13 for about a week now and while my time has been limited of late I have managed to play about 10-12 games and fiddle a little with the Connected Career mode.

So, below are some rapid fire style impressions, certainly not a “review” as I’m not ready to write that yet.

My impressions thus far are based solely on All-Pro level, no slider adjustments.

So, thus far, I like it. It’s rough im spots,; it’s not the revolutionary step that NHL took a few years back with shot stick, but it’s a direction the franchise needed to go as the old engine was…damn old. Question is, do you want to pay $60 for potential? When it works Madden 13 is a blast but when the CPU looks like the Bad News Bears of the gridiron..it makes it hard to get into.

I can see online franchises being ridiculously fun with the Connected Careers in full effect. If I had the time to do that these days it would be an auto buy because most of the issues I see are AI related.